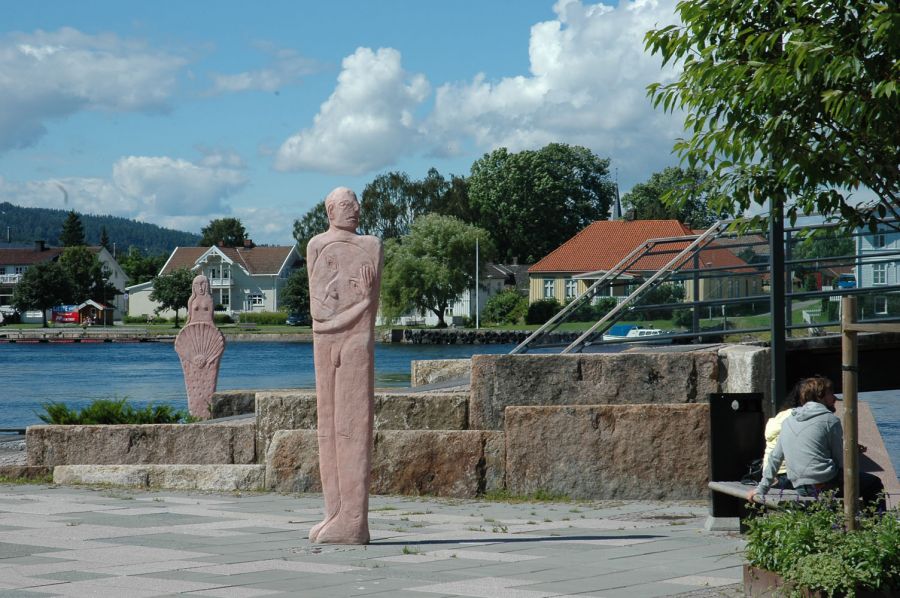 This series emerged as an open group of figures, just as people do when they meet up by chance. It is a fairly homogenous group that one sees at first glance. But if you come closer, you can see the differences. I had given them very simple titles to start off with, like love, generations, she, he, etc. but I have found that viewers have taken them to heart after a short time and given them their own nicknames.

The sculptures are situated with space between them and mounted directly onto the pavement stones, so that they become a natural part of Bratsberg Brygge's new square, which they walk in or stay where they are, on an equal footing with people in the area.

Due to their size, they tower over the human population and have their own surface of contact.

THE WALKERS - press for large pictures