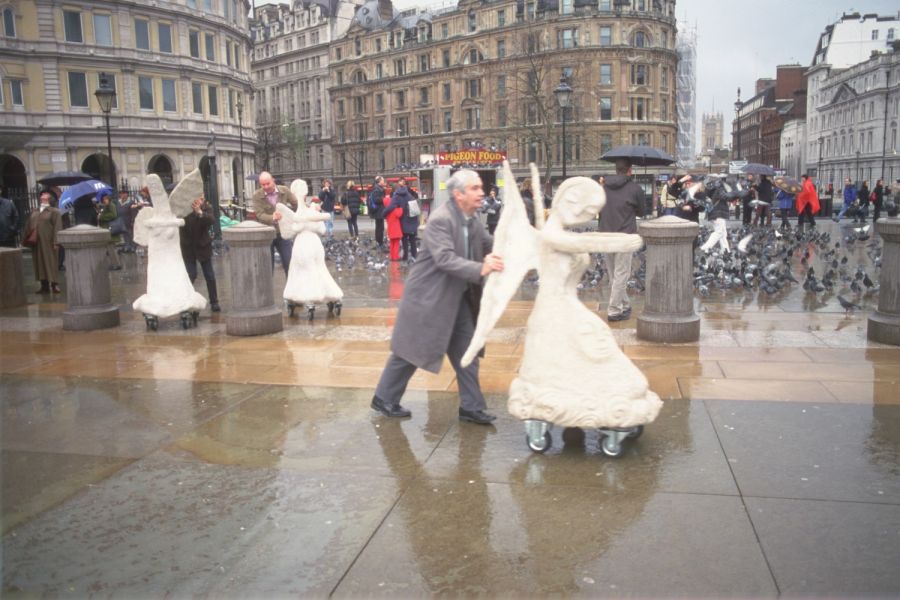 Rolling Angels in Dresden, Germany 2020
On the occasion of the 75th anniversary of the destruction of Dresden during the war in February 1945.

The flock of 17 Rolling angels where released into the public space in the center of Dresden in front of the Culture Palace on the 5th of February,  in the presence of the mayor of Dresden, Dirk Hilbert. Then they moved around Dresden until the Memorial on February 13, set in the program as a Performance of 17 angels. A day when thousands of people held hands in a ring around the city to show that they are united  for peace. The Angel Flock continues its journey in Dresden, until May 8, 2020, the day of capitulation. They want to use Rolling Angels as messengers of hope, comfort and peace.

MORE ABOUT THE ROLLING ANGELS JOURNEY IN DRESDEN

Rolling Angels in St. Martins in the Fields, London, 2000. A film by Steve Sprung

Message of peace: White angels move through Dresden, May 2020